A local neighbor contacted me to inquire if I was able to help him with a modification to his Caterham 7 air filter box.  Local and racing car, for sure I can help.  He required the back plate of the air filter box modifying to allow the air filter to sit level with the bonnet opening.

As the Client was local I went and collect the existing aluminium slightly bent back plate, and had a quick look at where the new part was going to be fitting and a leaned about the modification.

So nice to meet somebody and see the project up close, makes a nice change from just receiving an email with a drawing asking for a quotation.

I scanned the old plate and imported the scan in to CAD and used the scan as a template.

Once i started to draw the part, what I was not expecting was there was little symmetry in the hole pattern up to 3mm difference.

Once I had the basic design in CAD I printed it off and over-laid the old back plate over the print.  I then adjusted the holes to match the back plate.  This had to be done several times.

Time for the modification

Now for the clever bit.  The throttle opening were required to be raised by around 30mm and angled at 2.45 degrees.

The holes for the throttle opening were enlarged by 2mm to avoid any restrictions.

My concern was would it fit the car.  I produced a cheap CNC routed part made out of light weight stiff foam card.  This was offered up to the 4 carburetors and eight studs.  Minor tweaks to the design were required to align the stud holes in a couple of places.  These were required due to the small amount of free play around the bolt holes, and nothing being symmetrical.

With the new positions altered in CAD it was time to cut the 2mm black FR4. 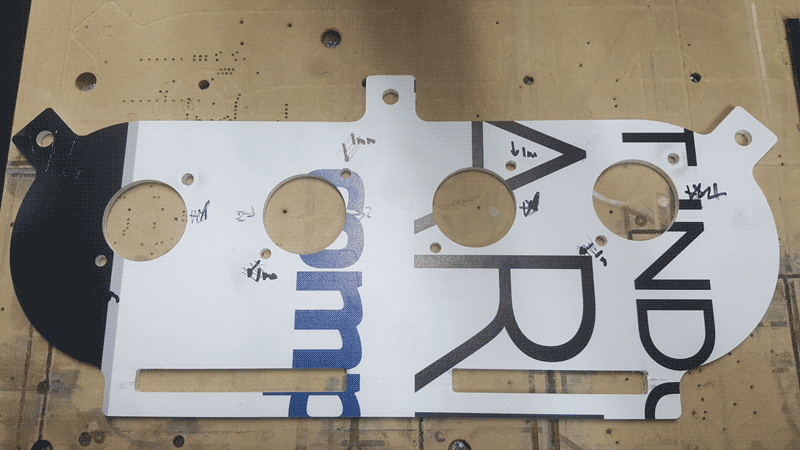 Here is the draft cut made from sign board material.  You can see the adjustments that were required once this part was offered up.  Only 2mm burr bit required to ensure the tough Fr4 one would fit perfectly 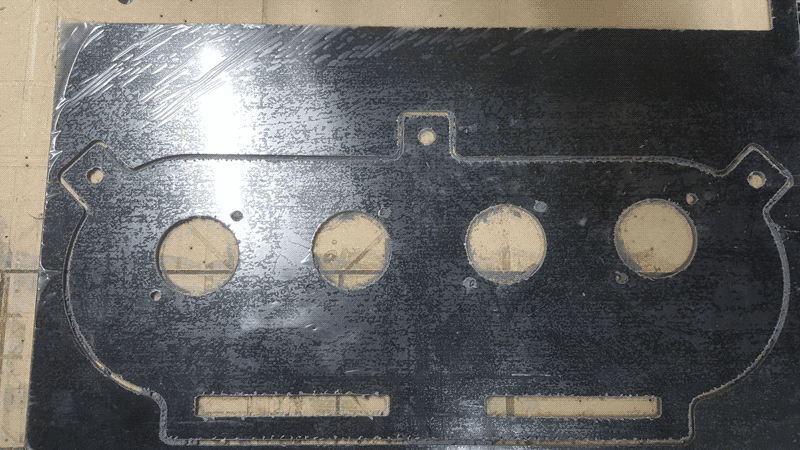 2mm black Fr4 cut after the modification had be made, shown here with the protection film fitted.  You can see the angle of the four holes lower on the left hand side. 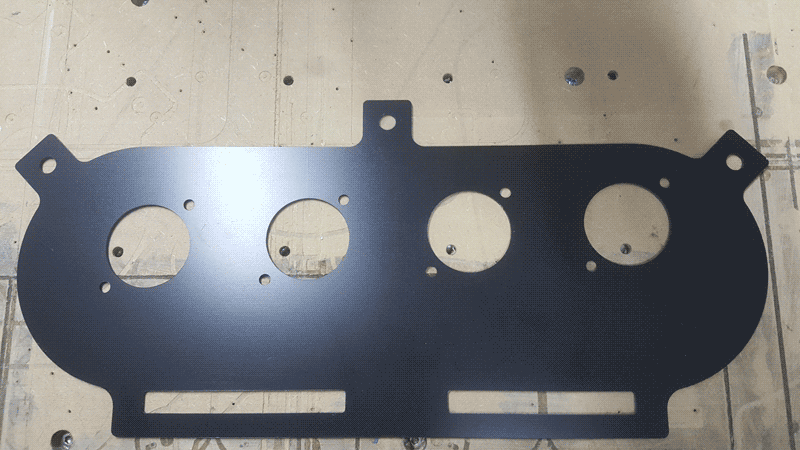 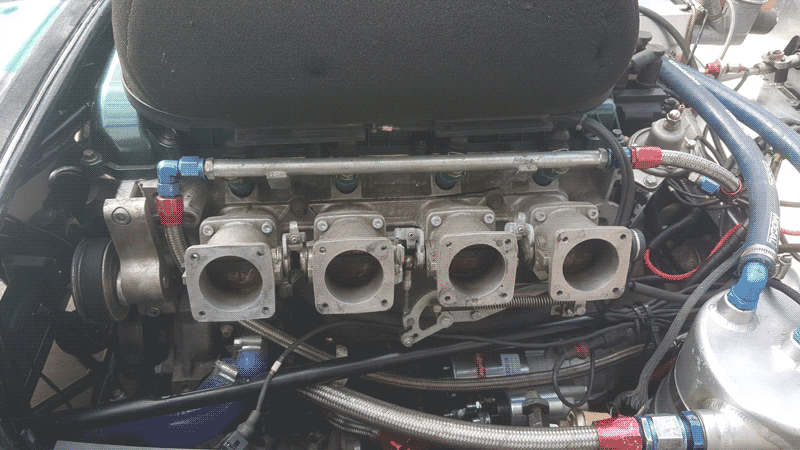 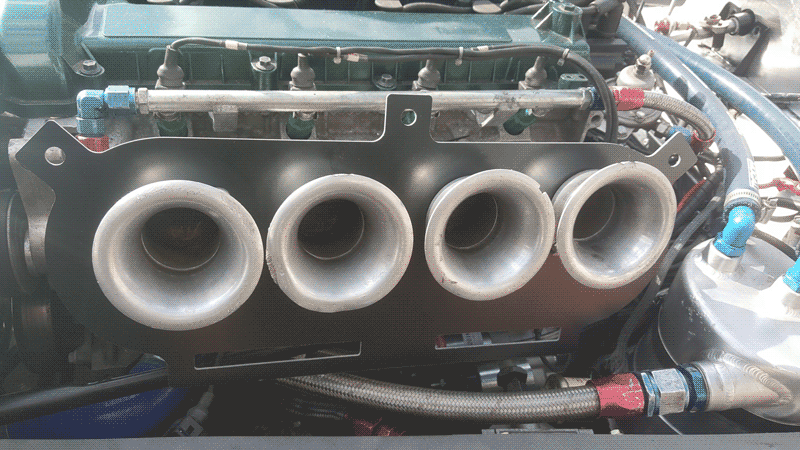 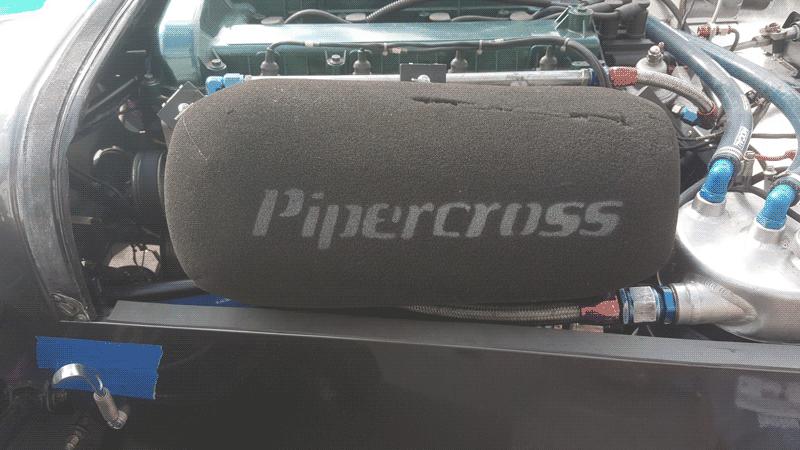 Lessons Learnt From This Project

I expected this project to be slightly easier than it was.  This was due to the position of both the throttle throats and the four studs around them not being symmetrical between all four of them.

Even with carefully measurement i feel that the positioning on the carburetors assembles create these small changes.

This project was made easier as it could just walk to my client and check on the light weigh template before i cut the Fr4.

I think if another Client required something like this either they could send me a template or i could send them a light weight for them to mark up with an alterations.

More photos to follow once i have been sent them showing the bonnet fitted.

As you can see it did fit and the Client is happy.

The actual air filter housing will have to be slightly modified to fit it and secure it correctly.  As the air horns are now higher up inside the filter, the filter outer lips fouls to two left most air horns.  The Client will have to remove a small section of the sealing form in the shape of the air horns to allow the filter to be installed.